Phase one of the solar electric bus was an effort to show the potential of an on board solar charger.  With a small budget in mind, we were able to go between 30-50 miles on a charge and charge the bus in one day of summer sun.  Locally, (not tracking) the bus received enough charge in the summer for average 10-15 mile run each day.   What kept the cost down was using lead acid batteries.  We keep the speed down on our 1973 Bus as it likes the slow and steady.  We rarely went over 50mph.

Phase two of the bus is coming to completion.  Phase 2 includes a 45 KW-hr battery bank of lithium iron phosphate batteries in a 4p47s configuration.  These cells are not the same as other lithium ion cells.  They are about 14% less efficient in performance than an 18650, but have no thermal runaway issues (safer) and actually have an advertised longer cycle life.   No heavy metals like cobalt and cadmium also affected my decision.

The new Lithium Iron Phosphate bank will more than quadruple the storage capacity of the battery bank, fit in the same box, 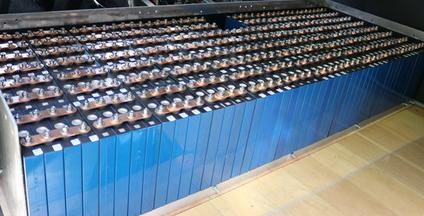 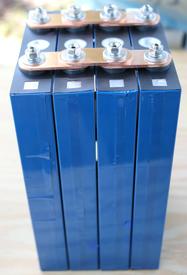